Why is my camera out-of-focus? Print

There are several things to look at when facing issues with the focus of the camera. The first is the autofocus setting in the camera.

1. Check if the camera is set to auto-focus.

2. See if the filmed person or object is in the center of the image. This is the area the camera looks at to find its focal point, by default. Anything to the left or right of the image center is disregarded.

Please remember the fact that autofocus is not 'the way to go' under all circumstances. You're putting the end result in the hands of software. There are many reasons why autofocus would not provide the best solution. However, if you have no way to control the manual focus while in a recording situation, it is your only option.

If you find yourself in a situation where the person or object can not be in the center of the screen, you can consider using a manual focus.

Manual focus, in general, is preferred in controlled situations where the distance between the camera and the person or object barely varies.

The second reason why the image could appear to be less than 100% sharp, is that the iris is set to open too far.

By default, the camera is set up to automatically create the brightest picture given the ambient lighting circumstances. However, when the iris of the camera is fully opened to let in as much light as possible, the light falling through the lens onto the sensor is rather diffuse. This effect is known as a shallow Depth of Field. Below you can find an example of this effect. To create these screenshots, I've used a CM71-IP-W using the exact same settings each time, except for a different f-stop iris value.

In this first picture, I've used the AAE exposure setting in the camera with an f-stop value of F1.8. The iris is fully opened. You can clearly see that the image is focused on the Lego minifig in the back, the black minifig closer to the camera is completely out of focus. 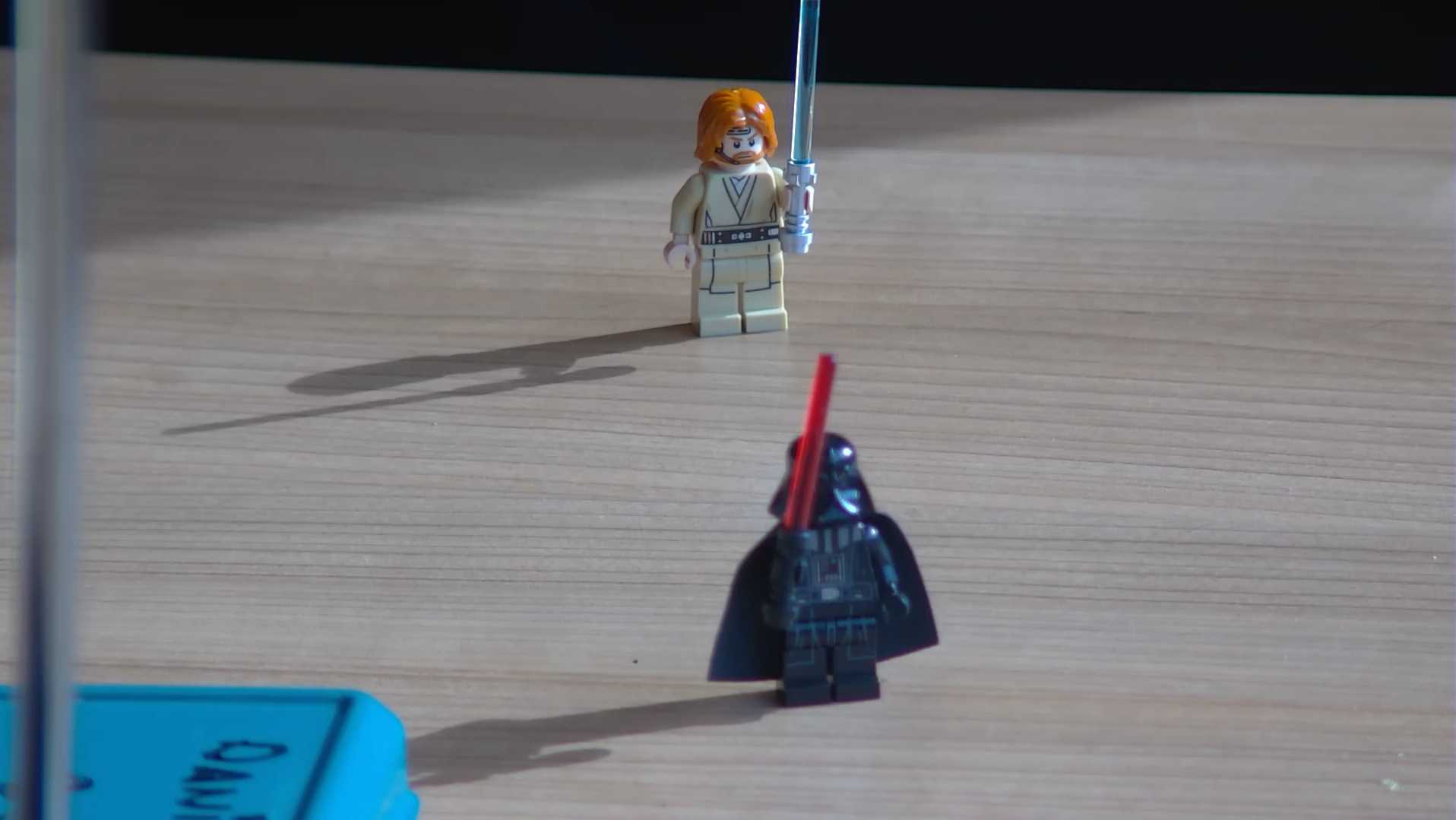 To create a filmed scene with a larger (read: deeper) Depth of Field, we need a smaller iris opening. Again we're going to use the AAE mode, but this time with an f-stop value of F5.6. In this exposure mode, the camera will automatically adjust the shutter and gain settings to compensate for diminishing the amount of light falling onto the sensor. So, you ask yourself, what is the benefit of making the iris opening smaller? The advantage is the fact that the light falling onto the sensor is better focused, creating a greater Depth of Field. Now have a look at the next screenshot from that same scene: 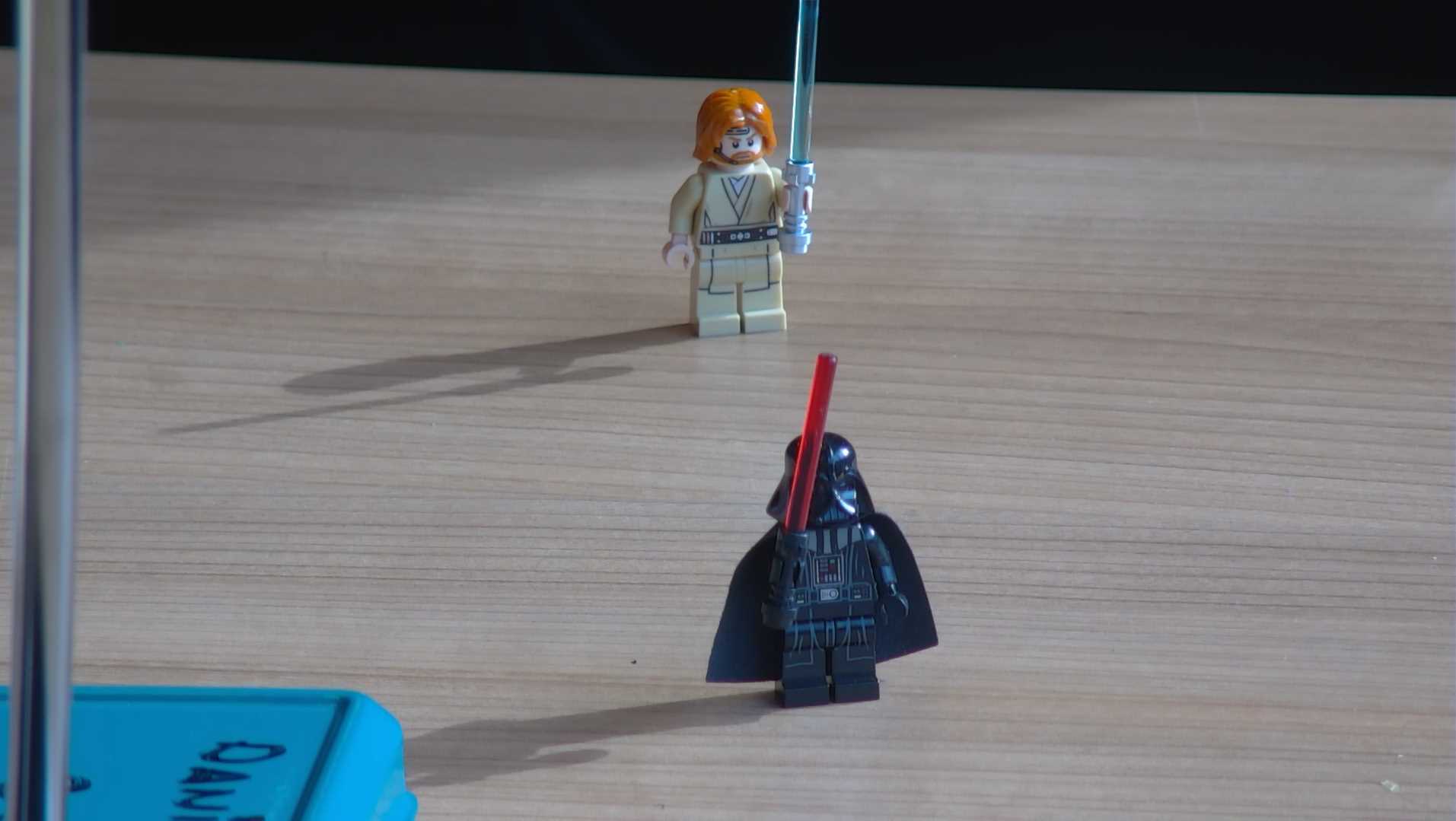 The dark minifig now comes into focus, making the overall picture better usable as the light falling onto the sensor has become more focused. We have successfully solved the issue that part of the scene was not properly focused and sharp.

Ok, so problem solved. We have created a better picture with a greater Depth of Field, why not close the iris a little more and put the camera on AAE with a value of F9.6? This surely must be even better right?

Unfortunately not, as with most settings on cameras, each one of them must be handled with moderation. A couple of things will happen.

1. As the iris opening becomes smaller, the light not only becomes more focused, there is also less of it. The camera has to set the shutter on a longer time interval, making it more difficult to film fast-moving objects.

2. The camera will try to compensate for the lesser light inside by using various electronic gain settings. These settings are software-based, creating, possibly, more noise in the image if there is not enough ambient light to work with.

3. If the iris is set (in this example screenshot) to such a small opening, a phenomenon known as Lens Diffraction will start to occur. The overall sharpness of the image will become impacted due to the fact that there is not enough natural light falling onto the sensor to produce a good result. There is only so much the electronic gain settings can do. Have a look at the picture below to see what happens when the iris is set to f-stop F9.6: 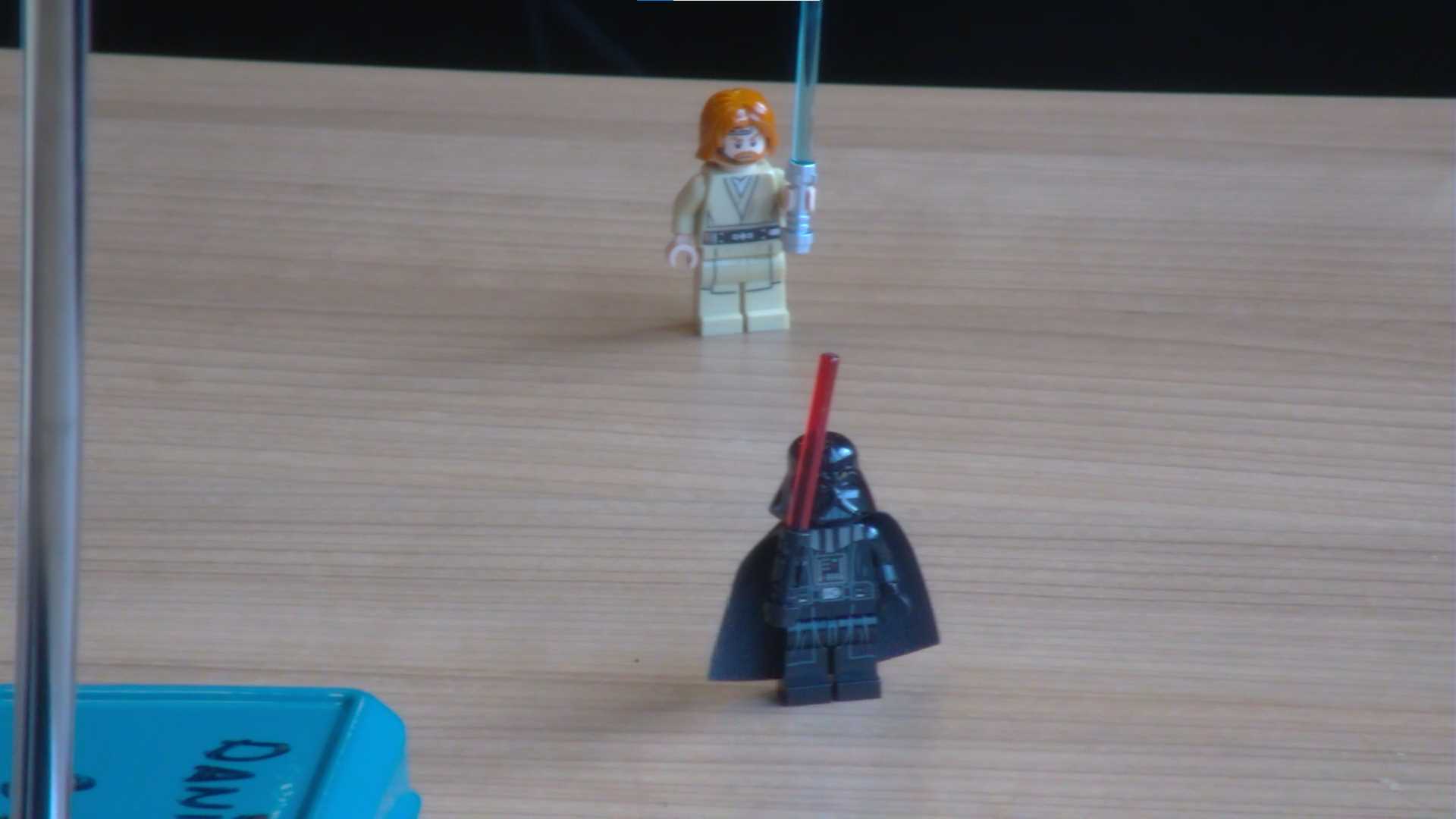 The overall sharpness of the image has been compromised: the iris is set too small. There is not enough light on the scene and the sharpness/ resolution becomes blurred. We have taken the closure of the iris a couple of steps too far.