If you have purchased the additional license for SRT and the Customizable Color Matrix (CCM), the CameraSettings menu will have an extra tab in the camera settings: CCM. With this feature you can match the colorsfrom the Avonic CM70 series cameras with cameras from other manufacturers. The colormatrix is a 3x3 "table"that affects red, green and blue in the filmed picture and their relation to it.

2.Click on Enable CCM to enable this feature. You will see the default setting with a natural picture.

3.Read the paragraphs below first before you are changing these numbers! 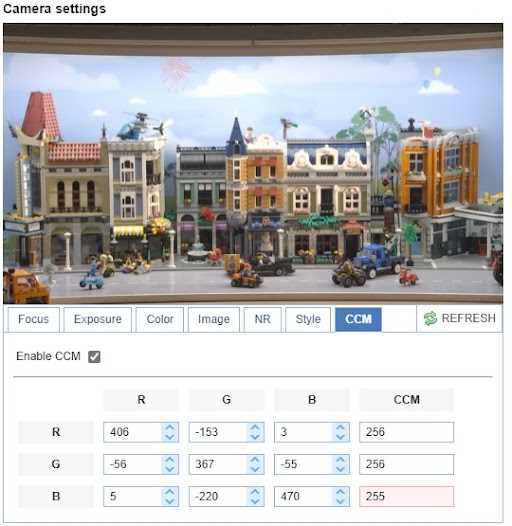 The color matrix becomes visible when the CCM feature is enabled. It has a vertical and a horizontal Red,Green, Blue (RGB) row. By filling these with numbers it is possible to change the colors in the picture.

2. Signals: Vertical RGB column. This subtracts or adds red, green and blue from or to the filmed picture.

However, you can ignore that since the colors will be changed, even if the number is not exactly 256.

Matching and finetuning colors is not so simple as it looks. That is because changing colors in a camera works different if you compare it with painting. It is important that you realize that the cells from the CMOS sensor (photovoltaic cells) do not carry any color information, only luminance information. In other words: the cells will make colors in the picture brighter or darker in such a way that the balance between the colors shifts.

You need to know also that the processor in the camera, for example, makes everything in the red parts red. That does not mean that everything in the red parts IS actually red! Even if there are a few pixels green or blue, the sensor will see detect  them as red as well. That is why colors can look different in a camera, from when you are painting.

1.There is no database or any tutorial that can help to match colors between specific camera systems of different manufacturers. Every camera system works different and so the color matrix does. Changing a number in a cell, for example, in 256 in the matrix of the CM70 series camera, does not mean that this will change in exactly the same color in the picture from an another camera.

2.Practice a lot to learn for yourself what the best settings are to match the colors between the CM70 series camera and a camera from an another manufacturer. Calibrated monitor screens and Color cards can be used to your aid.

3.Read the paragraphs below about channels and signals, subtracting and adding colors to learn how the matrix works.

You can subtract colors using numbers above or below zero in the same cell or in a cell of the same row. For example:

1.If you change the number in the green channel > Red signal in a number above zero, it means that you are subtracting the red signal from the green channel, making green parts purple, because the camera sensor removes red into the green parts of the picture. Red and yellow parts become more green, as their signal is decreased leaving a green tint behind. If you have a sharp eye, you can see that other colors in the picture become slightly lighter. By changing the same number in a number below zero, you have the same result, but other colors in the picture become slightly darker.

2.If the number in the Green channel > Green Signal is changed with the same amount as in the Green channel > Red signal, green is subtracted from the picture, removing the greenish tint from the yellow and red parts. This makes the colors as they where before, but less intense and darker (because light is removed and not color).

1.+256 in G-R = Red signal is subtracted from the green channel, changing the balance between green and red towards green. This means that red pixels in the picture will turn slightly into green and since there a lot of red pixels are in red and yellow parts, a greenish tint is "left behind" in the picture.

2. +256 in G-G = Green is subtracted from the green channel, changing the balance between red and green as it was by removing the greenish tint from the picture. Since light is removed from the picture,colors become less intense and darker.

4. Subtracting a color from the picture affects the colors from the whole picture, because there are also pixels from that color in other colors in the picture even if you cannot see them. See the pictures below: 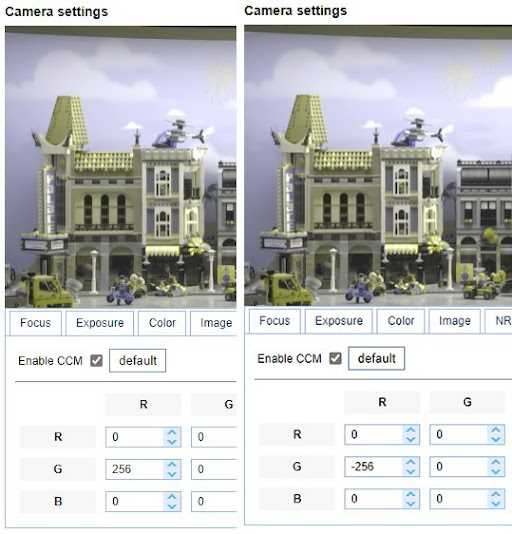 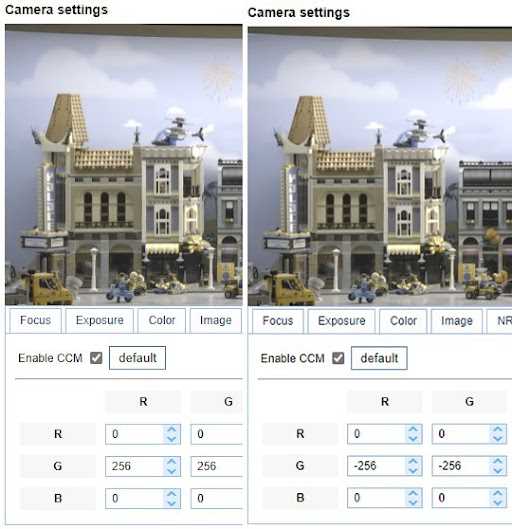 You can add colors by changing the balance between the red, green and blue signals. A color will be added if a number above zero is used in one cell and a number below zero is used in another cell of the same channel, or if the cells of different signals and channels are filled with a number. For example:

2. By doing the opposite, changing the number in the Blue channel > Red signal to a number below zero and in the Blue signal > Blue channel to a number above zero, you can add red to the picture. However, since zero in a cell is not nothing, the color green will be added too in this case! This means that red parts in the picture will not become (bright) red, but orange and yellow parts become more saturated. Also the difference between the number above zero and below zero will play a role. The greater the difference between the two numbers, the more color is added and the more saturated the picture will become.

1. Adding colors is possible by using a number above and below zero in the same channel (row).

2. The bigger the difference between the numbers above zero and below zero, the more color is added to the picture and the more saturated the picture becomes.

3. The colors that will be shown in the picture, depend on the balance between red, green and blue signals. 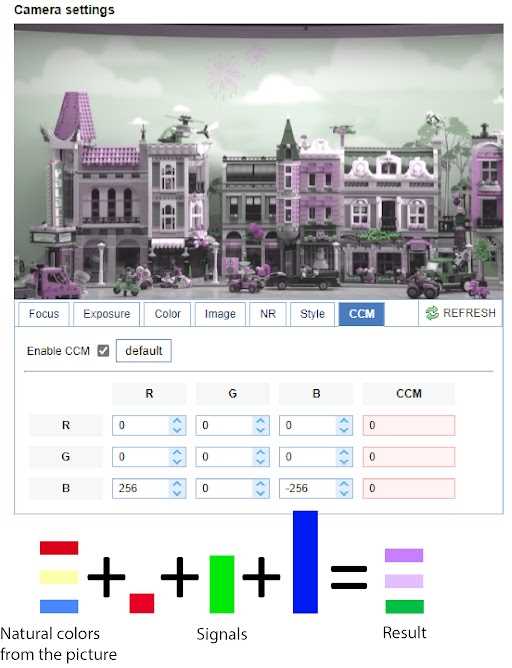 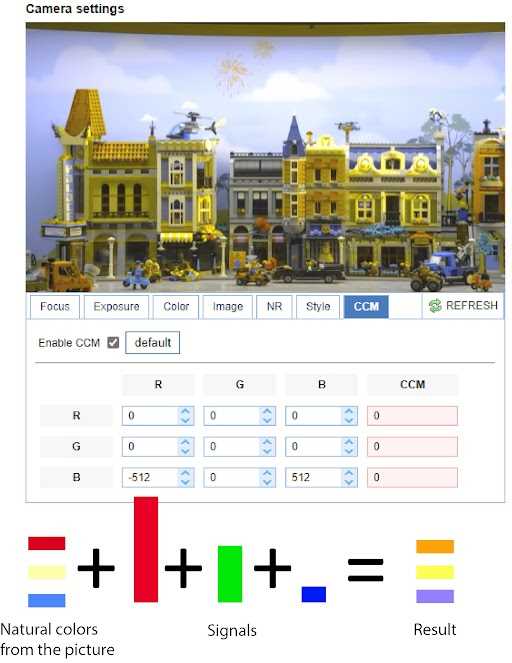