One good tip to remember the difference between Unicast, Multicast and Broadcast is respectively one-to-one, one-to-many and one-to-all.

One stream is sent from one single camera to one single receiver (that first PC in the pic below) asking for that stream: 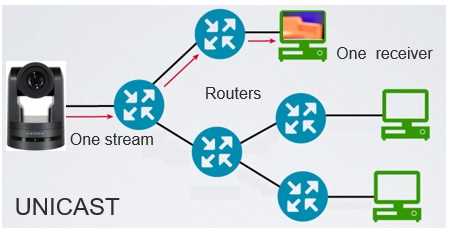 * Multiple Unicasting : When operating in Unicast mode and multiple clients (the 3x PCs in that example below) request the same stream at the same time, the encoder has to encode and send the stream for each client. This could result in overloading the encoder, causing all kinds of artifacts to appear, or the stream might break completely: 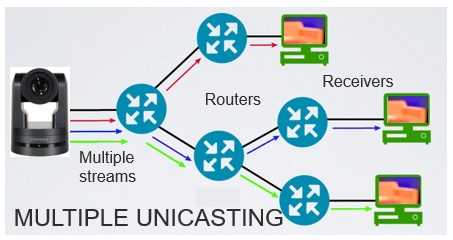 => In that case and for a more efficient use of the network bandwidth, the preferred method would be Multicast:

One stream is sent to all the receivers (2x PCs in that example below) requesting for that stream at the same time. Copies of the stream are made at the Multicast routers where necessary, so the camera only has to encode a single stream preventing the encoder in the camera from being overloaded: 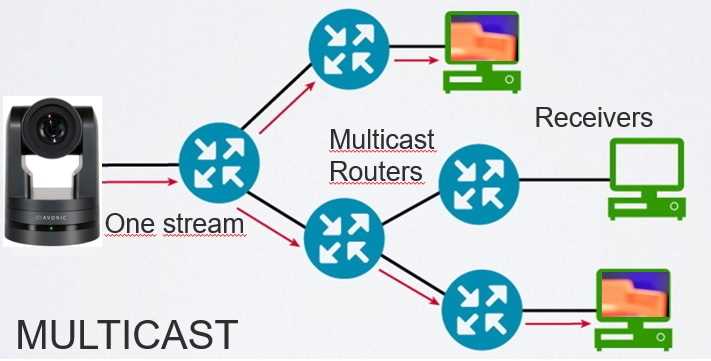 One stream is sent to ALL the receivers (not only a group of them as supported in Multicast) INDEPENDENTLY if they asked or not for that stream. An example of it is in the pic below where the first PC is receiving that stream even it if did not request it limiting the available bandwidth for this PC: 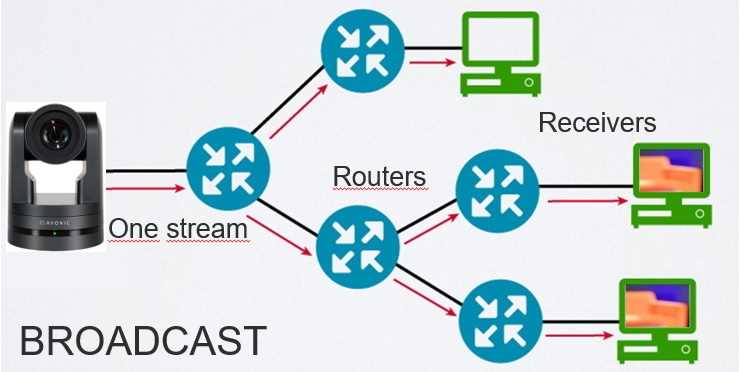