NDI® (Network Device Interface) is an open protocol launched by NewTek™ in 2015 to allow on a network multiple video systems to identify and communicate with one another to easily and efficiently share video (to encode, transmit and receive many streams of high quality, low latency, frame-accurate video and audio in realtime)

This new protocol can benefit any network-connected video device, including video mixers, graphics systems, capture cards, and many other production devices. It also includes tools that implement video access rights, grouping, bi-directional metadata and IP commands. (NDI supports bi-directional transmission meaning that each device can serve as a source and/or receiver, for instance a camera can send a video but can receive control commands, all over NDI)

The IP-based connection makes large-scale deployments possible, including remote production... all based on an inexpensive infrastructure made of CATx network cables! 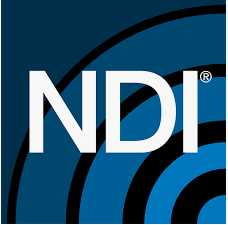 *NDI® is a registered trademark of the Vizrt Group.

At Avonic, we have the CM70-NDI camera supporting NDI®| HX in black as in white color.

* NDI Related articles on our Knowledge Base:

What is the difference between NDI® and NDI®| HX ?

How to stream on the NDI Studio monitor with the CM70-NDI?

How to transform a VLC feed in a NDI stream

NDI Remote: How to stream from a smartphone to a NDI device

Do I need an additional license to enable NDI on my CM70 series camera?