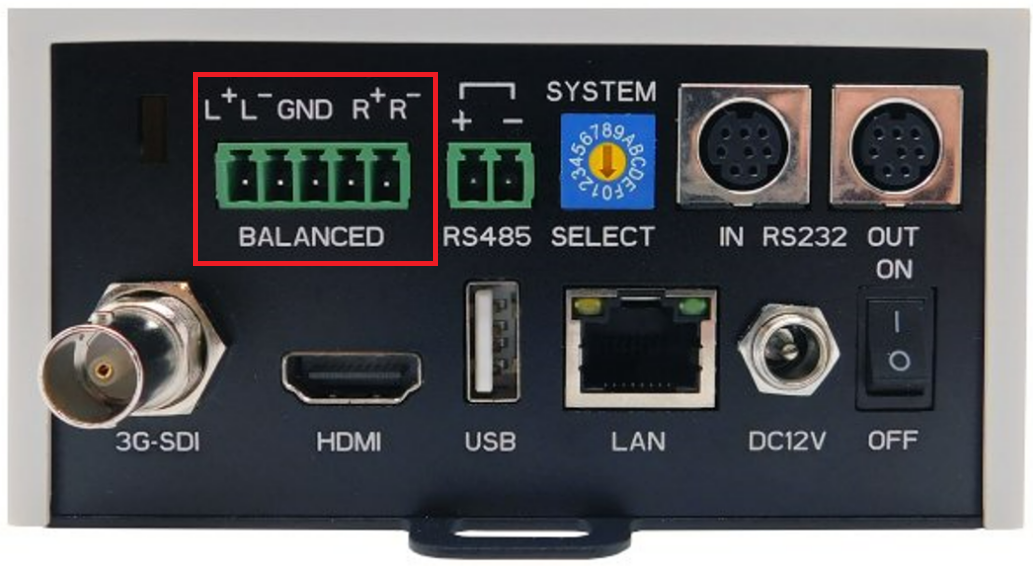 The CM7x-IP has a balanced audio Line in 5-pin phoenix connector to embed audio into the IP stream, SDI and HDMI outputs but not on the USB output which can be an issue if you thought using the camera in a videoconference application with the need of an external microphone.

If there would be some distances between the camera and the laptop and knowing that by Spec the maximum USB2.0 distance is only 5m, maybe consider the Avonic UEX150 USB 2.0 Extender (over CAT6a S/FTP cabling) because its extra USB port (on the receiver RX side as shown below) can be used for connecting an USB 2.0 microphone.

(UEX150 supports the full 480Mbps which is required for 1080p30 video over USB 2.0. Cameras and speakerphones over a minimum distance of 5 meters and a maximum of 50 meters are supported. This extender kit is plug-and-play and does not require any additional drivers)

Note that in parallel to all these above solutions, you can still use the other camera outputs (IP, SDI, HDMI) as they are all simultaneous.

Now, not using the USB output of the camera but its HDMI by placing our capture device (HDMI to USB3.0) CAP100. The device is recognized by the computer as a video input (without the need for installing additional drivers) and captures uncompressed video with audio from the HDMI stream, ideal for quickly setting up a high quality recording, stream or video conference (Google Meet, Microsoft Teams, Zoom, Webex..):

Another option and instead a CM7x-IP, we can also recommend to use a CM70-NDI (like a CM7x-IP but with the NDI support added) because it is possible to take the NDI (IP) stream from the camera and transform it as a virtual USB input/webcam for the videoconference platform! thanks to the "NDI Webcam input" application as described in that video (NDI supports a huge set of FREE applications as described in that article on our knowledge Base). In the NDI stream would be so added the audio embedded through the balanced audio Line in 5-pin phoenix connector.